One of the most difficult parts of adapting to a Ketogenic Diet was not being able to have fruit and other sweet treats I had allowed myself on previous diets. I'm sure you'll agree!

Baking & Dessert Making was something that my great-grandmother taught me in her little kitchen on our family farm. I can still see her teaching me how to make "Dream Whip" and using the hand mixer to whip it up. (These days I eat real whipped cream!) I sure don't miss that hand mixer!

I wanted this recipe to taste like a cheesecake but be simple to whip up when a craving hit. I'll be tackling a real cheesecake next. But, I don't usually want to bake a cheesecake. I want to eat it.

Anyone else with me?

If you miss the "crust", just chop up some macadamia nuts and sprinkle on the bottom of your plate. Then mound some of this delicious no bake cheesecake on top. MMMMMM. My mouth is watering.

Tips & Ideas for For Keto No Bake Cheesecake

There are a lot of different variations you can try with this keto no bake cheesecake. Instead of using the Sugar-Free Maple syrup– smash up a handful of raspberries and whip them in.

If you'd like to make a real no bake cheesecake using this recipe. All you'll need to do is chop up some nuts (macadamia, pecans or walnuts) into fine pieces. (I would use a food processor to get them nice and fine).

Next, mix in a few tablespoons of butter and squish the mixture down in the bottom of a springform cheesecake pan.

Then, whip up the cheesecake no-bake filling as described above and put on top of the crust.

Cover and chill the Keto No Bake Cheesecake in the fridge until ready to serve.

You can garnish with 2 rasberries, blueberries or blackberries for an extra pop of flavor.

Finally, you have a Keto No Bake Cheesecake that the entire family can enjoy guilt-free.

Who said you can't have dessert on a Keto Diet?

Ingredients for Keto No Bake Cheesecake

Here's a few things you'll need to make your keto no bake cheesecake: 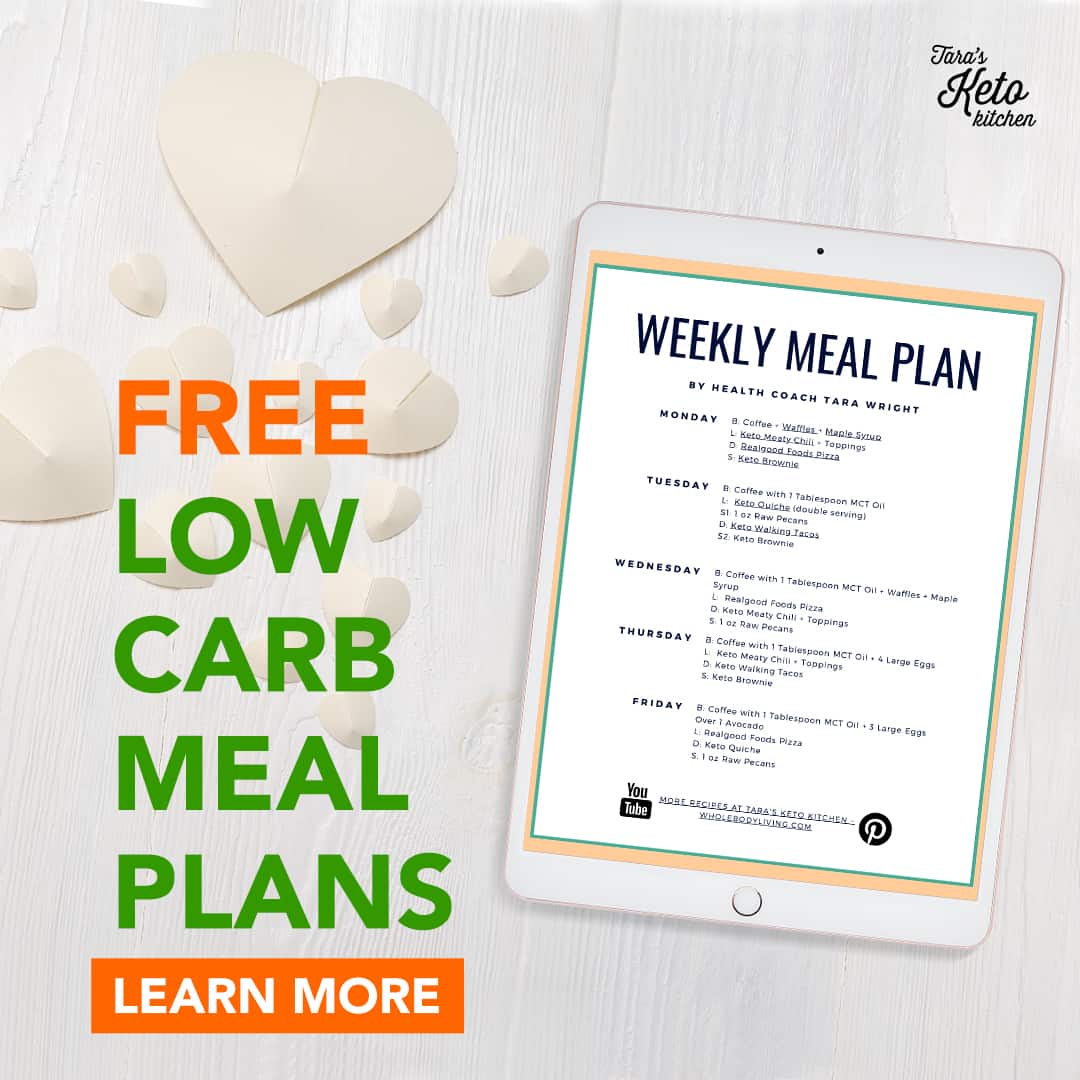 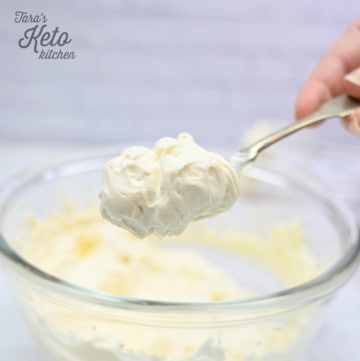 This creamy and delicious no bake keto cheesecake dessert is easy to whip up when the craving for something sweet hits. Even better... it won't throw off your macros! Who knew that low carb cheesecake could taste this good and be this easy!
4.84 from 12 votes
Print Pin Rate
Course: Dessert, Keto
Cuisine: Keto
Diet: Diabetic, Gluten Free
Keyword: keto cheesecake, keto dessert
Prep Time: 10 minutes
Total Time: 10 minutes
Servings: 12 servings
Author: Tara Wright

Optional--sprinkle with Real Cocoa Powder like this one (Amazon Affiliate) Nutrition facts are provided as estimates and do not contain sugar alcohols.